Parcels come and go and come back again 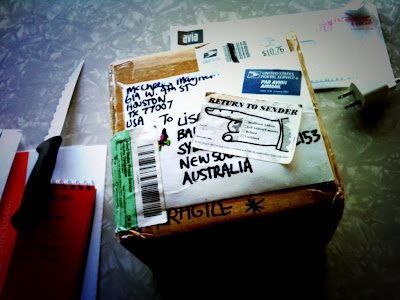 I had a funny thing happen last week, the milk jug that I sent on 17th October to Australia came back in the same box, unopened all wrapped up and in one piece, it had travelled to the other side of the world on a three month trip, shame it didn't get to see the sights of australia ( just like me)
It had been bought by a sweet woman in australia who, three weeks after buying it, contacted me and asked if I knew where it was, in the end I sent her another similar milk jug and it got there in good time. 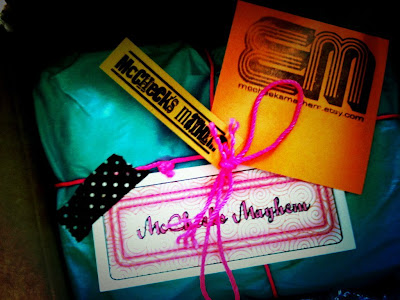 I've never had a parcel go missing before, and I didn't think much more about it, until last week, when I checked over the address and realised I had forgotten to write the street name and number - woops, Carole, doh, :)
So sorry Lisa, for me being such a divvy! 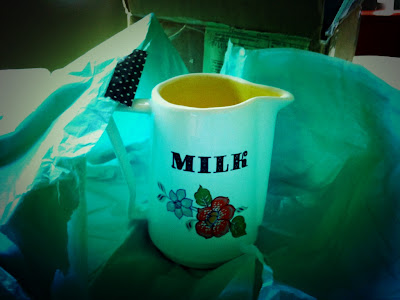 Little Milk jug , back safely from its travels
At the end of last week, I realised I needed to get a valentine card for Sean, so I looked up Bread + Butter and found the one I wanted, I sent a little pleading note to them to see if they could get it to me in time for Monday 14th, I got a sweet note back saying she had taken it to the post office that night, and .... it arrived in time, on the right day, in a brown hard back envelope with lots of stamps (my favourite) on it. Sean was very pleased and said it was beautiful ! - I love their word pressed cards.
(the picture has T Bones paw in the corner- incase you were wondering) 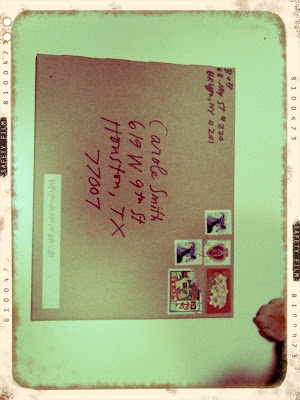 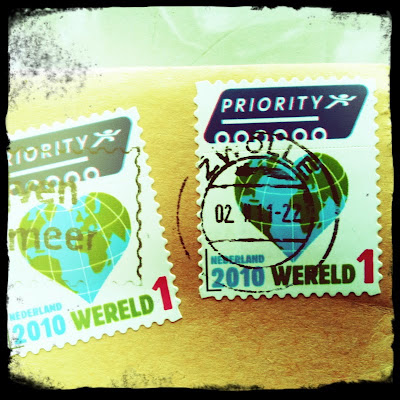 The other parcel I got last week was from Anja Mulder, she takes the most amazing still life photographs and had some made into postcards, I had ordered some and they arrived beautifully packaged all the way from Holland
this is her photo below packing them up 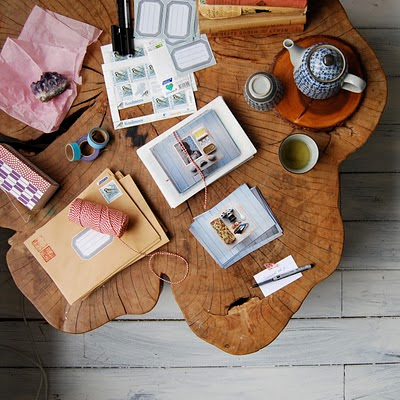 Posted by Mccheek's Mayhem at 7:28 PM No comments: